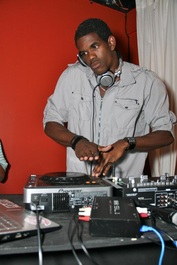 Chevon Cunningham, was born and raised in Kingston, Jamaica. He always had a passion for music, and began to explore it after moving to Atlanta. He adopted the title DJ Kaos, and began playing for small parties in 2005. After realizing he was a natural, he delved deeper into his music, and was heavily influenced once he entered college. While in college he met a now fellow member of Adrenalin Sounds, a musically gifted collaboration of DJs worldwide, and they began to practice and play together. As Kaos continued to perform and practice, he became widely known in the Atlanta University Center, and the Atlanta community. After officially joining Adrenalin, he began performing at larger events and some of the best venues in Atlanta including Havana Club, Compound, Club Opera, The Royal Peacock, and Atrium. With the sounds of the Caribbean at his fingertips, the vibes of Adrenalin at his back, and the music in his soul, Kaos became one of the most popular Caribbean DJs in Atlanta, and internationally as well. Although the drums of the Caribbean echo his heartbeat, it is music in and of itself that flows through his veins. His skills are not limited to the heavy bassline of Reggae, but span almost every genre of music. He can mix, remix, and master any genre with ease. He is acclaimed for maintaining the lively pulse of any event he is a part of. He has performed nationally, and internationally, bringing people together with his sound,style, and the energy he brings with every performance. DJ Kaos is currently performing in and around the Atlanta area, and is featured on Adrenalin Radio, a live Reggae mix show online. 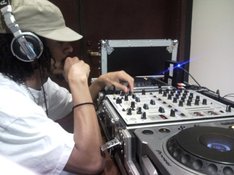 Growing up in Nassau, Bahamas, Jamie Davis cultivated his passion for music at an early age. As he entered high school, he began to indulge deeper when his friends began to perform at local events. What began as a simple social gathering evolved into a lifelong dedication for Davis. Surrounded by DJs, audio engineers, and others involved in music, Davis began to practice at becoming a DJ. Having acquired basic knowledge from those around him, he became an official DJ in 2004. He created the monicker DJ J Dash, an abbreviation of his real name, from a childhood nickname he was given by one of his close friends. After moving to Atlanta for college in 2005, Dash found his niche almost immediately. He approached another DJ at a local event and inquired about possibly joining his team. The young man saw the passion in Dash’s eyes and invited him to another event without hesitation. Upon arriving at the event, Dash was given a chance to audition for the team. This simple audition launched Dash’s career as he became one of the star DJs for the Morehouse/Spelman Homecoming Tailgate. It was that day that he realized that he was not only a natural on the turntables, he was a natural born MC as well. DJ J Dash soon became the voice of what is now Adrenalin Sounds. Dash used his outstanding personality and love for music to unite crowds nationwide. He could MC for almost any other DJ and his ability to keep a crowd energized is unmatched.

Growing up in the heart of the Midwest, Saint Louis, MO, Kaye Reed was born into a musical family. Both her father and older sister were both in Gospel singing groups, so she was no stranger to music. In fact, she perfected her musical talents through singing and dancing throughout high school. It was not until she completed high school however that she would realize her destiny, to become a personality. In 2008 she went to Atlanta where she became very well known for her radio shows and hosting abilities. She later met the members of Adrenalin Sounds and was adopted into the family. She collaborated with them to birth Adrenalin Radio, which instantly became the hottest dancehall mix show online. Although Kaye is the only member of Adrenalin Sounds with no definite Caribbean roots, her love and passion for the music hardly makes her stand out. Her sultry voice makes her unique and she is considered the "First Lady" of Adrenalin Sounds. Her natural connection with any audience makes her immaculate on the mic and a one of a kinda host. Kaye is not restricted to hosting, however. She debuted as a guest DJ in 2011 in Saint Louis and has been on the turntables ever since.